A Look at the Power of an Explainer Video There’s a certain allure behind an explainer video – the short, one- to three-minute video introducing a product or company. No matter what the topic, how much money is spent on production, or who the intended target audience may be, explainer videos are powerful and popular. It’s clear that this content format has benefits in terms of lead generation and sales conversions, but it’s not as easy to put a finger on what’s behind that power. Taking a closer look at statistics and viewer behavior can help us better understand the appeal of the explainer video.

A two-minute explainer video is enough to convert a sale: Studies have shown that two minutes is all it takes to convince a potential customer that they should buy from your company. In addition, almost half of the people who watch locally-focused videos will visit the brick and mortar location of the business that’s publishing it.

People remember your explainer video in the days after watching it: While they may retain little of what they read and some of the graphics or images you present, a huge number of viewers remember the information contained within a short-form explainer video. When you consider that not all viewers are ready to buy, it’s smart to seize any opportunity to be in their heads a few days later.

Two-thirds of viewers will click through to your website: Viewers who watch your entire explainer video tend to click through to a website or landing page to learn more about what you have to offer. At that point, you have them on the hook to deliver more targeted material, like eBooks, whitepapers, and other content.

The C-Level Suite folks are watching video: If you thought that corporate higher-ups were too busy or too sophisticated to research products and services online, you’re wrong. Many executives turn to content, including explainer videos, throughout the purchasing and decision-making process. When surveyed, 75% of C-Level stakeholders told Forbes that they watch a work-related video at least once a week.

An explainer video is worth more than a million words: Because you’re combining visual components along with the spoken work, you can convey more meaning through video as compared to text alone. Considering that your prospects are only devoting a couple minutes of their time to your content, you need to fit in as much information as possible.

Explainer videos are the new business cards: You can hand over your card and spend a half hour telling someone what you do, or you can take out your portable device and show them. An explainer video is like a compact portfolio in your pocket.

Now that you know why explainer videos can be so powerful, you can better plan your content marketing strategy around them. There’s no denying that video is the present, no longer some tactic to be used in the future. Your prospects are watching them, and your competition is producing them, so don’t get left behind. 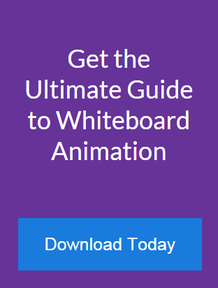