The Best Whiteboard Animation Videos That Weren't, and What We Can Learn From Them 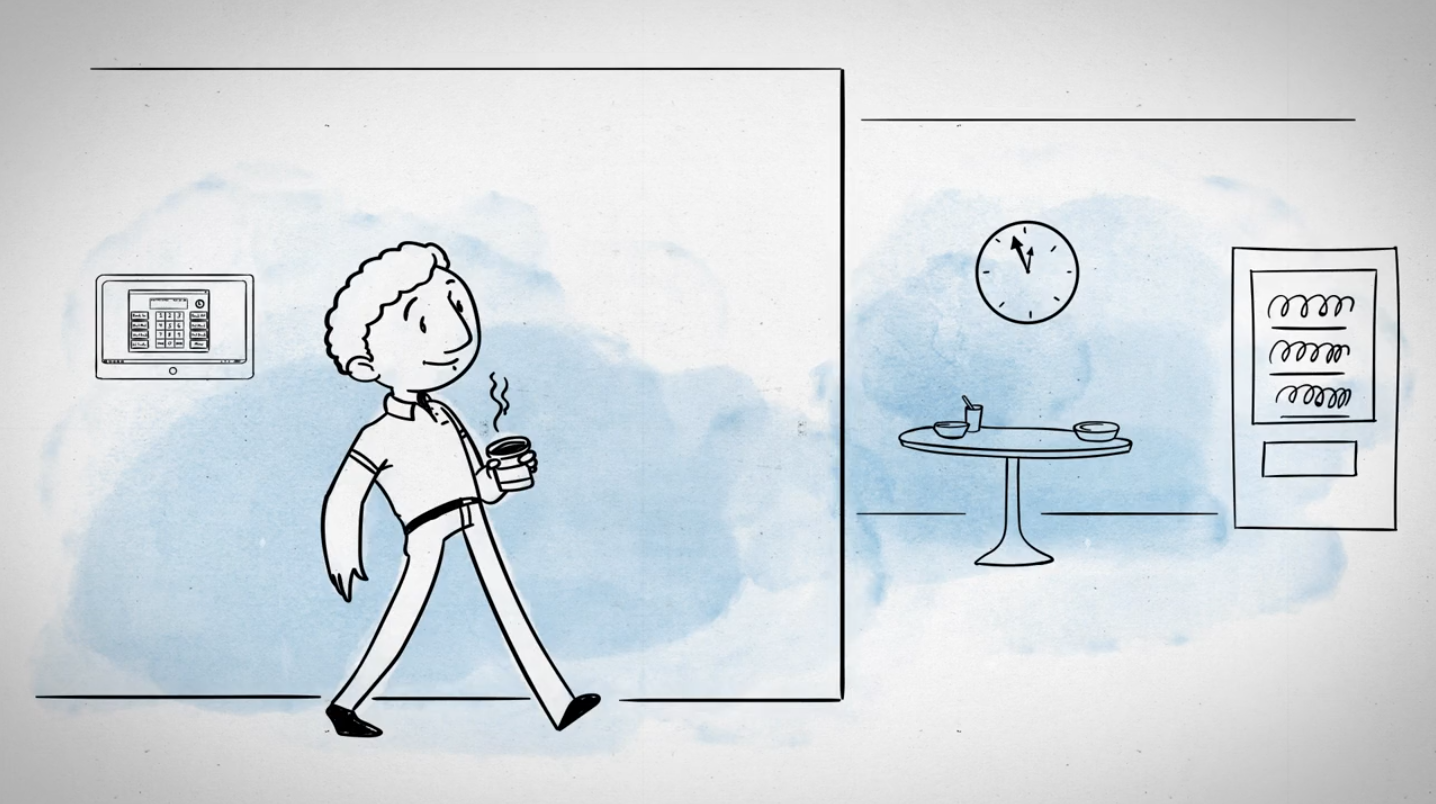 The best whiteboard animation videos that weren’t… it sounds a bit like the title of a children’s book, doesn’t it? To clarify, though, what I’m referring to here are moments from popular media that attempt to explain complex ideas in a simple way… with varying degrees of success. The following is just a short list, but it’s relevant because it reminds us why whiteboard videos are so useful in situations like these. In fact, another way to think of this list is Scenes That Would’ve Been Better With Whiteboard!

The Algorithm Scene from The Social Network (2010)
Mark Zuckerberg is in the process of creating an embryonic version of what will later become the social media colossus Facebook. His buddy, Eduardo Saverin, scribbles a key algorithm on the window of a Harvard dorm room.

This is a great little moment because it manages to transform something complex (coding) into an easily accessible plot point (this is how people are ranked). What’s especially interesting, though, is that the filmmakers didn’t simply choose to have Eduardo type the code for Zuckerberg. Instead, they show Eduardo writing the code on a windowpane. Films are meant to show rather than tell, and the window scribbling is a more visual approach, but it also seems to confirm something that whiteboard videos have confirmed time and again; complex ideas are understood more easily when someone writes them!

Note how this sequence immediately takes us away from the real world; people walking in unison as if choreographed, disappearing in puffs of smoke, the swelling music… the characters have basically become cartoons in an illustration that, again, attempts to describe something in a way that won’t take long and won’t bore anyone. Another whiteboard! Also note that this film has a sequence where Nash writes equations on a window… sound familiar?

I don’t want you to finish this blog and think that almost-whiteboard scenes only take place in dramas. Case in point: Dewey Finn uses an absurdly elaborate (but completely accurate) chalkboard diagram to explain to this students the family tree of rock music. Unfortunately this is the one clip from the list that doesn’t seem to exist on YouTube. Nevertheless, it’s amusing that Dewey attempts to explain something visceral and exciting (rock ’n' roll) with such a boring method (chalkboard). What he really needed to keep the attention of those students was a whiteboard video!

Now that I’ve given you some examples, I guarantee that you’ll start noticing other almost-whiteboard moments in everything. Yes, even the play-by-play moments during the Super Bowl count!

Whether you want to sell, explain, or inspire, no matter how difficult, the best whiteboard animation videos can help. Contact us today at 917-477-3282 to get started. We’re ready and eager to help!