Whiteboard Style Animation and the Art of the Storyboard 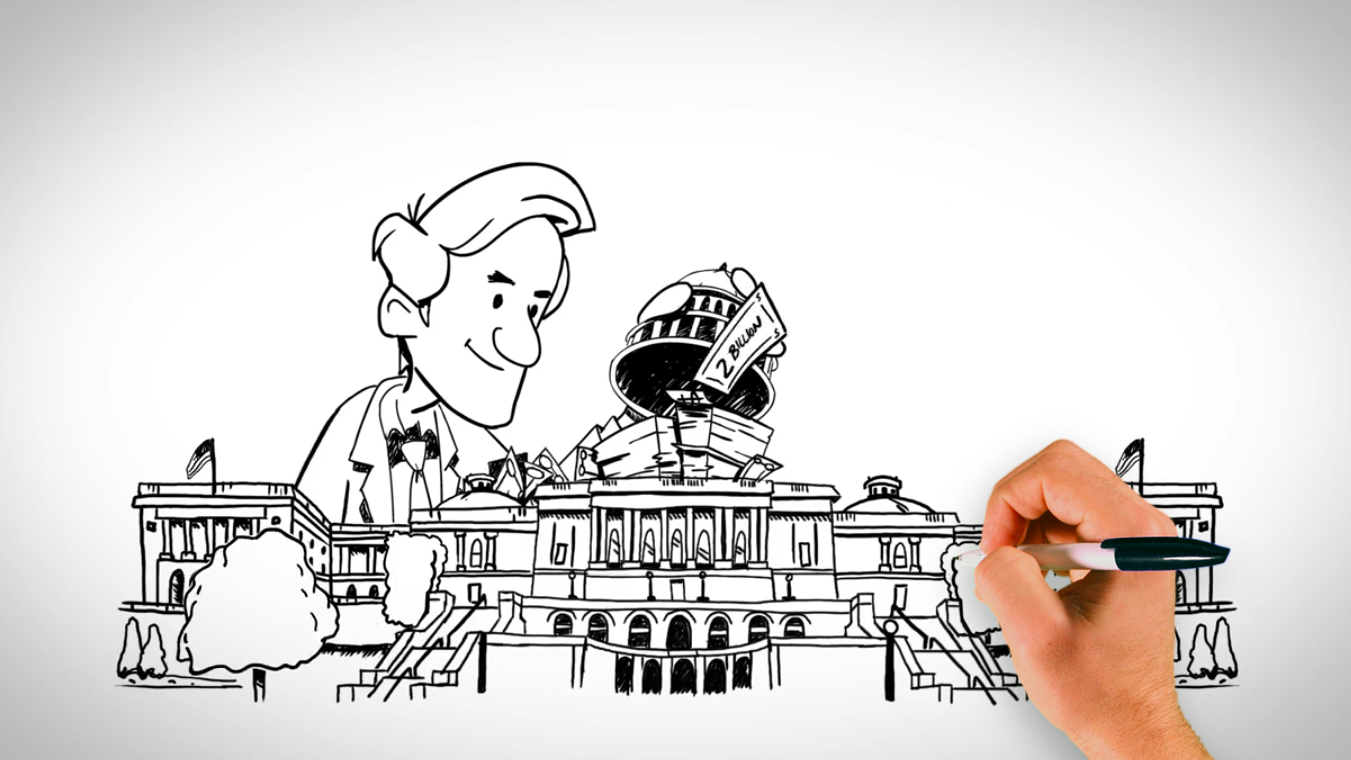 Whiteboard style animation and the art of the storyboard are inseparable. A great animation depends on many things, and a storyboard is an essential part of the process for any production, no matter how large or small.

Everyone knows who Jared Leto is because famous actors are household names. Quite a few people know who director Todd Phillips is because of the success of his films. Actors and directors are the members of a production who are most likely to have a public “face.” Meanwhile, though, every media production relies on a vast crew of individuals who tend to remain anonymous: gaffers, foley artists, caterers… all of the hundreds of names that appear in the credits at the end of a movie.

- Suggest motion even though it can’t be depicted
- Provide an idea of the artwork direction, even if it hasn’t been decided
- Evoke emotional expression although there isn’t a voiceover to lean on
- Keep a sense of time in proportion to the duration of the final product
- Incorporate client input while still managing to keep things simple

If that sounds like hard work, it is. What you have to understand, though, is that it’s also fun work. No one has ever become a storyboard artist by accident. Whiteboard style animation storyboard artists love what they do, and that love shines through in the results. If you’ve never created a whiteboard style animation before, you might be expecting the storyboard to be a mandatory, but dull, step. Most clients, though, feel invigorated after reviewing their storyboards, and that’s all thanks to the skill and enthusiasm of the artist.

Another perk of the storyboard stage is that it’s a chance for the client to really contribute. Scripting is like that, too, obviously, but the storyboard is the first stage where things begin to take shape and seem tangible. Clients feel like they’re working on something that actually exists, and that’s a terrific rush.

If you have some artistic ability of your own, you might even try doing some storyboarding yourself to give your whiteboard style animation team exactly what you’re thinking. Even if you only use stick figures, it’s a way to create a visual outline for the video you’ll create together, and it’s always better to start a project with more information rather than less. Whether you choose to contribute some of your own artwork or leave it entirely up to the whiteboard video company, you’ll soon learn how much fun storyboarding can be!

Whether you want to sell, explain, or inspire, no matter how difficult, a whiteboard style animation can help. Contact us today at 917-477-3282 to get started. We’re ready and eager to help!