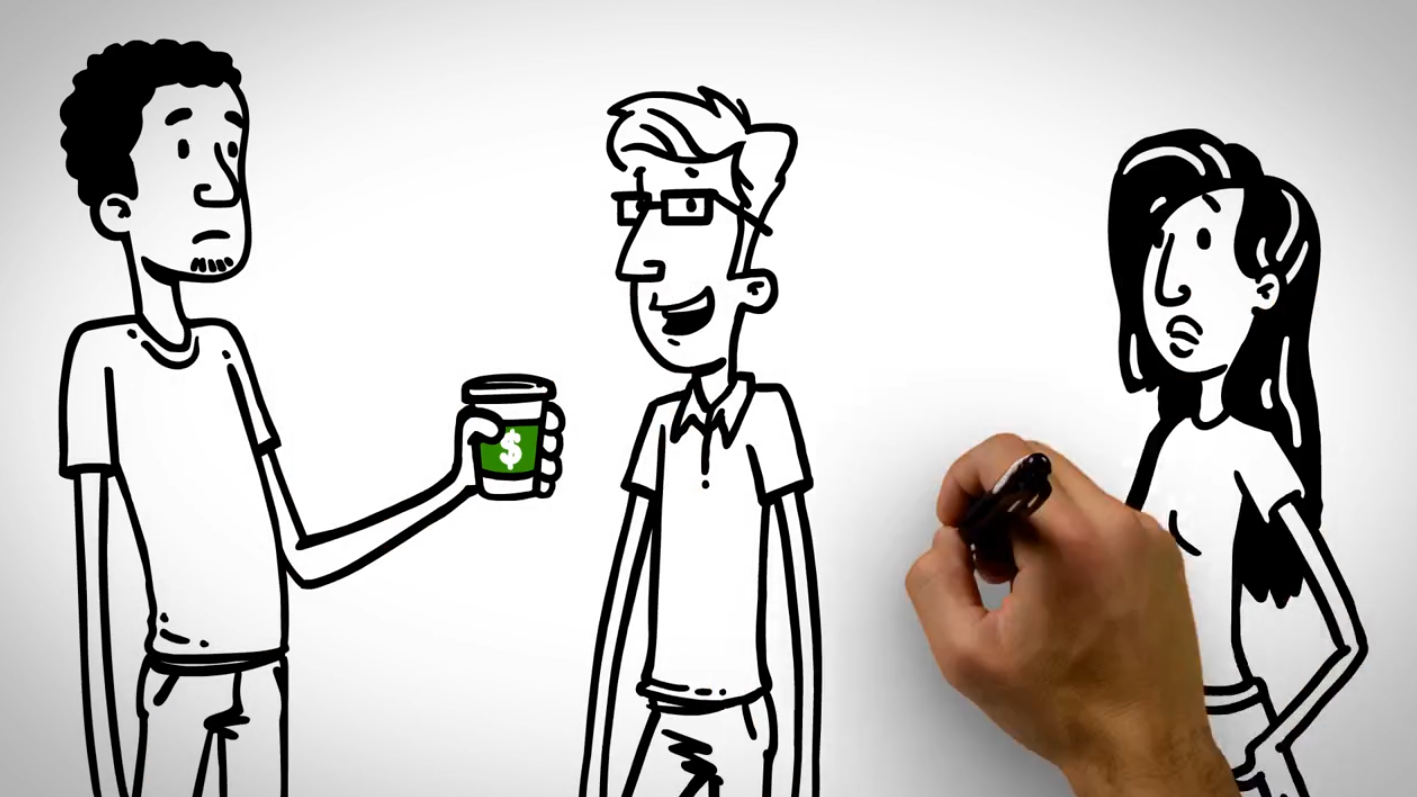 Whiteboard video is successful because it does a great job balancing informational text and moving images. Throughout the video above you will notice that the movement between script and the characters are never in competition. When something is being written out, the audience is able to follow along because it is the only thing with much activity. This being said, the animation doesn’t remain completely static while text is being unraveled, they still remain lively characters that maintain their personalities. Ultimately this tactic keeps the video pertinent and entertaining.

Intel had a lot of information that they wanted to be delivered in their whiteboard video. What worked for this project was that the artists really let viewers catch up to the informative aspect of their images before animating them. There are multiple instances where a set of images are grouped together and then brought to life with color and movement once they are all completely finished being displayed as a sketch.This approach lets the audience soak in what is being presented to them without making them feel as if they are being lectured.

Unilever’s whiteboard video is effective at highlighting three different grooming products but tying them all to one single message. One that compels viewers that they need the products by depicting generic situations that many men may find themselves in. The stylistic emphasis that works here is that there are quick transitions that flash to a different setting. Ultimately, this shows how life is manifold, which keeps the video unbiased toward only one of the products. By using snip it scenarios, it covers a lot of ground within seconds.

This whiteboard video we worked on with Legrand touches on the Internet of Things. Quite a broad phenomenon. A tactic that works in this video is having a consistent color scheme. Particularly in this video, light blue is subtly incorporated into different aspects of the illustration. Whether it be the border surrounding an image, or a shadow on a character, blue is primarily the color that stands out. Most of the characters and objects are not filled in and if other color appears, it is quite faded. What this does is keep the audience focused on the theme of the video. As different categories are discussed, the big picture is still retained.

The lack of setting in some whiteboard video is something that can bring more attention to its other features. In this clip, the use of depth perception accessories the movement occurring among characters. It is done so quite easily since objects do not have to be as carefully sized in comparison to its surroundings. This is a successful strategy because the video appears more realistic which makes the audience forget they are watching an advertisement making them more likely to stay engrossed.